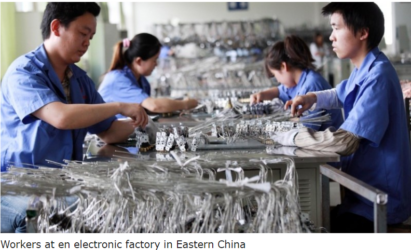 Retail sales, a key gauge of China’s consumption, grew 2.5% from a year earlier in August, down sharply from July’s 8.5% growth, according to data released Wednesday by the National Bureau of Statistics. The result was also much lower than the 6.3% growth expected by economists polled by The Wall Street Journal.

Industrial output in August rose 5.3% from a year earlier, decelerating from a 6.4% increase in July and below the 5.6% pace anticipated by the surveyed economists.

China’s fixed-asset investment increased 8.9% in the January-August period, compared with the 10.3% pace recorded in the first seven months of the year. Economists expected FAI to grow 8.8%.