Eurostat have released an interesting forecast about how long a person can expect to be active in the European labour market during his or her life.

The data is measured in years and it’s based on someone who was 15-years-old in 2019. On average, Statista’s Niall McCarthy notes that the expected duration of working life in the European Union was 35.2 years – 3.6 years longer than in 2000.

In individual member states, it ranges from 32 years in Italy to 42 years in Sweden… 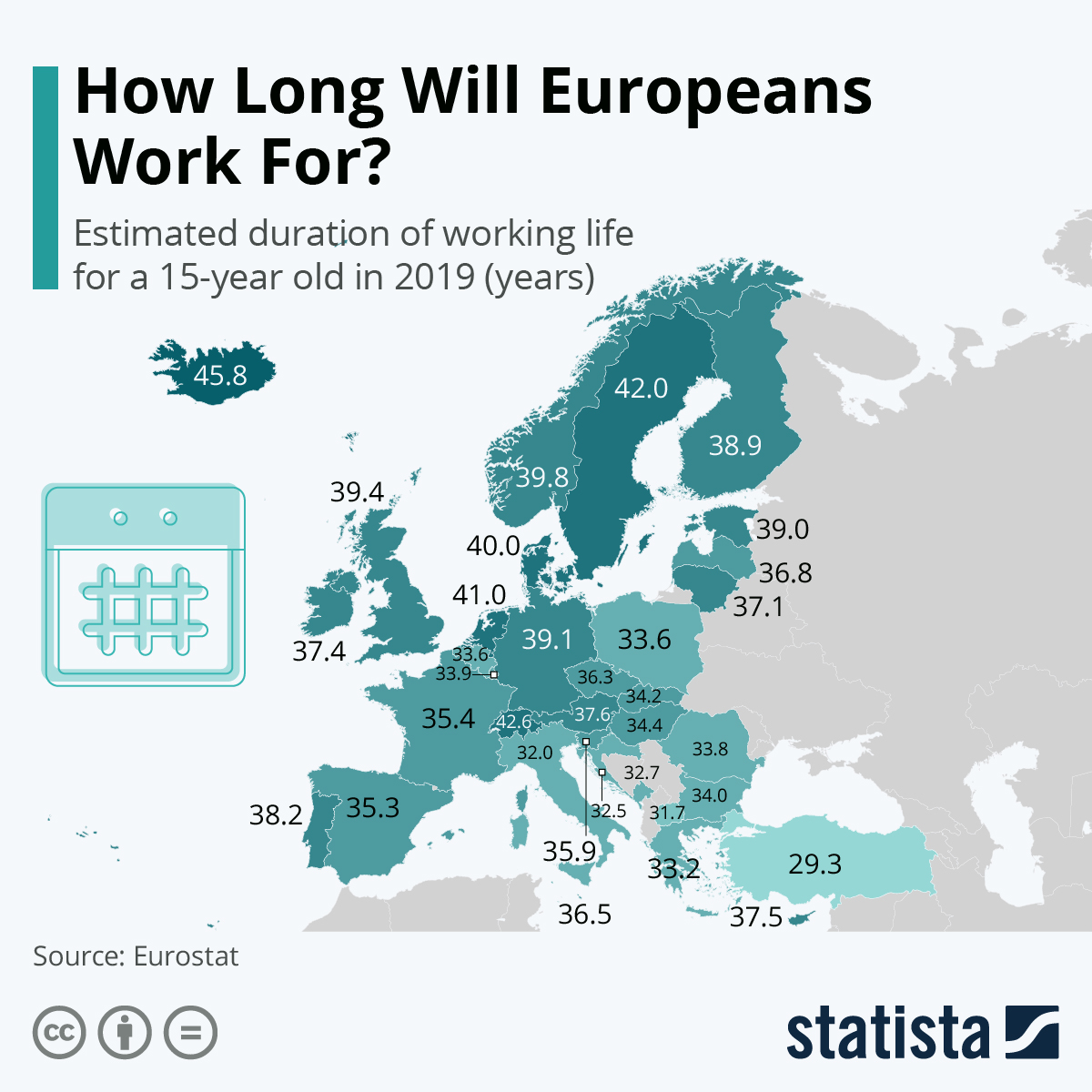 The data also includes several countries outside the EU and their figures are diverse.