Facebook stock suddenly tumbled just after 2:52pm following a Kim Kardashian West in which the cult icon of millions of confused, easily impressionable teenagers bashed Facebook, told her 66.7 million twitter followers that she was “freezing” her Instagram and FB account and asked them the join her.

The reason for her ire? She said that she “can’t sit by and stay silent while these platforms continue to allow the spreading of hate, propaganda and misinformation – created by groups to sow division and split America apart – only to take steps after people are killed. Misinformation shared on social media has a serious impact on our elections and undermines our democracy. ”

… which together with the sharp drop in AAPL stock which earlier disappointed investors by not announcing a $100 billion buyback during its boring iWatch, iPod unveil, and suddenly we are looking at a market that is on the verge of going red.

Once more, just in case that is any confusion, here is a photo of this paragon of virtue signaling who is about to crash the market. 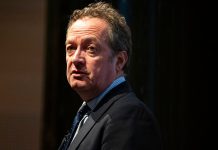 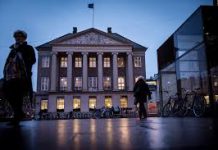