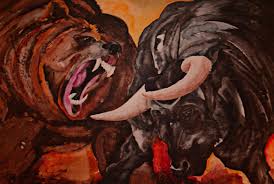 We have just updated our proprietary leading indicator for the Chinese economy, and it confirms our positive narrative for the global economy.

China credit impulse, which leads the real economy by 9 to 12 months, is moving back to positive territory, currently running at minus 0.4% of GDP (chart below).

We expect that China credit impulse will turn positive in coming months for the first time since Q4 2017. This is certainly one of the most important macroeconomic news of the past months. As China represents roughly 1/3 of global growth impulse, if credit pulse turns positive, we could see the constructive global ripple effects in the course of next year.

That being said, we acknowledge that China credit impulse transmission still needs to fully deliver, but we are getting more and more optimistic as a growing number of upbeat credit data over the past months tend to underline that credit push is finally transmitted to the real economy.

Since the beginning of the year, the PBoC has implemented various measures targeted to improve monetary policy transmission in a bid to prop up bank credit for SMEs, such as requiring that large banks increase SMEs loans and cut average financing costs, or cutting RRR of medium and small banks. It seems that these efforts are now beginning to bear fruit. The latest credit data released by the PBoC underscore a pick-up in medium- and long-term corporate loans to a total of 1.01 trillion yuan.

Credit transmission into GDP growth is still too slow, as some banks are saddled with bad debts which creates credit misallocation, notably fueling the property bubble, but the ongoing process, which is a long-term job, is encouraging. 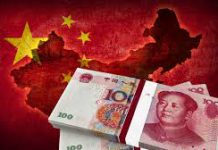