by Mike Shedlock via MishTalk,

Treasury yields have plunged at the mid to long end of the yield curve producing biggest recession warning yet.

On Friday, US Treasury yields plunged at the mid to long end of the curve providing the most inversions since the start of the Great Recession. This is the biggest recession warning since 2007.

Major portions of the yield curve are inverted for nearly 15 years.

Let’s take a look at what others are saying.

Durable goods orders April 2019 “Shipments of core capital goods were unchanged last month after a downwardly revised 0.6% decline in the prior month. They were previously reported to have slipped 0.1% in March.” Look out below on Q2 GDP estimates. https://www.cnbc.com/2019/05/24/durable-goods-orders-april-2019.html …

US durable goods orders fell 2.1% in April, vs 2% drop expected

That is something I pointed out as well in Dismal Durable Goods Report: Inventories Up, Shipments and New Orders Down.

Core capital goods are a measure of future business expansion. The March revision to the downside was massive, from +1.3% to +0.3%. April was -0.9%. Economists expected +0.1%. Oops.

“There are still several economic data points that suggest the economy is strong…But we’ve seen enough in the way of negative layoff headlines and slowing manufacturing to indicate claims are the outlier…” @QuillIintel @YahooFinance — https://yhoo.it/2Wpn9kA

The 10-year Treasury yield has major implications for the stock and housing markets.

Very dismal durable goods orders today. Capex about to join housing in recession. High-tech in the eye of the trade storm — order books down 0.4% in April and contracting in 4 of the past 5 months.

117 people are talking about this 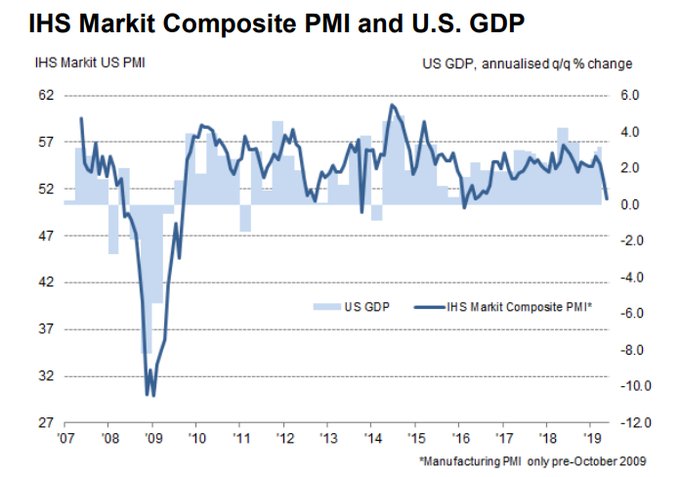 PMI “Consistent with GDP Growing at an Annualized rate of Just 1.2%”https://moneymaven.io/mishtalk/economics/0eh2VUgFcE6TnaiEV7–Lg/ …

What’s the ECB Gonna Do? 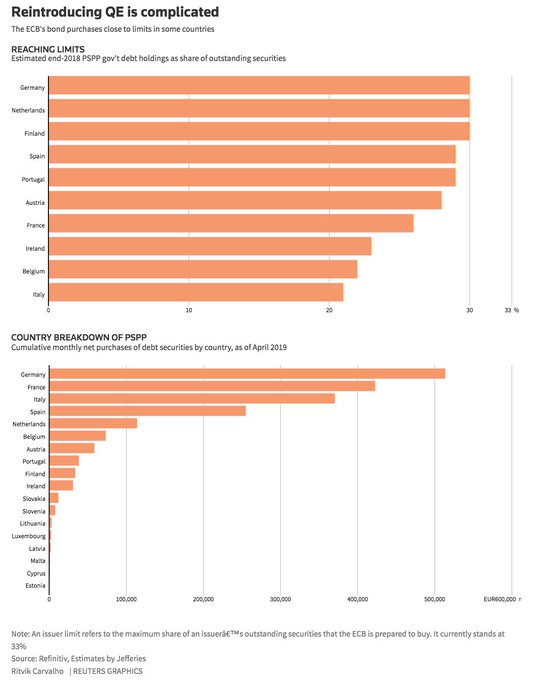 What’s left in the toolbox: how can #ECB combat econ downturn? In order to buy more bonds, ECB would need to raise the limit on how much sovereign debt it can hold from a single issuer, given it was already approaching the current 33% limit when QE ended. https://reut.rs/2Wo7JNB

“We saw a U.S. Chamber of Commerce report today that American companies that are based in China are being slowing down. They are creating red tape. Every step we take they take another step. This is a trade war.”@DiMartinoBooth @Quillintel — https://youtu.be/eu2cwWbm5Q0

What About Systemic Risks? 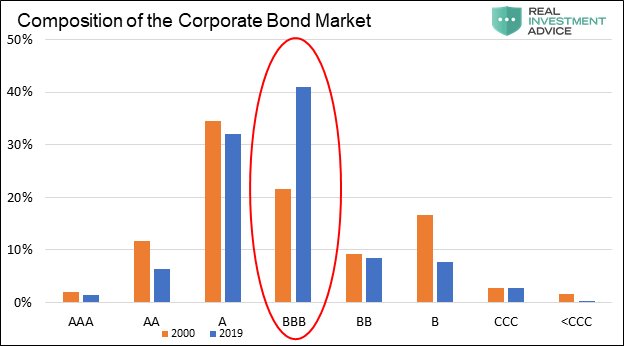 Dear Mr. Powell- Can you please tell us why a series of downgrades of BBB companies does not pose the potential for systematic risks.

Read our latest on the corporate bond market- The Corporate Maginot Linehttps://realinvestmentadvice.com/the-corporate-maginot-line/ … 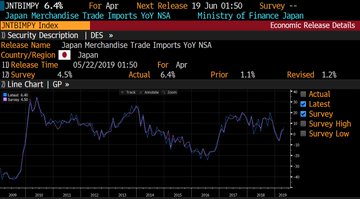 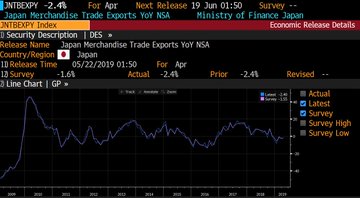 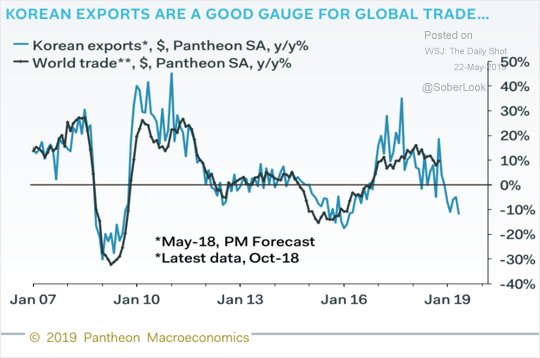 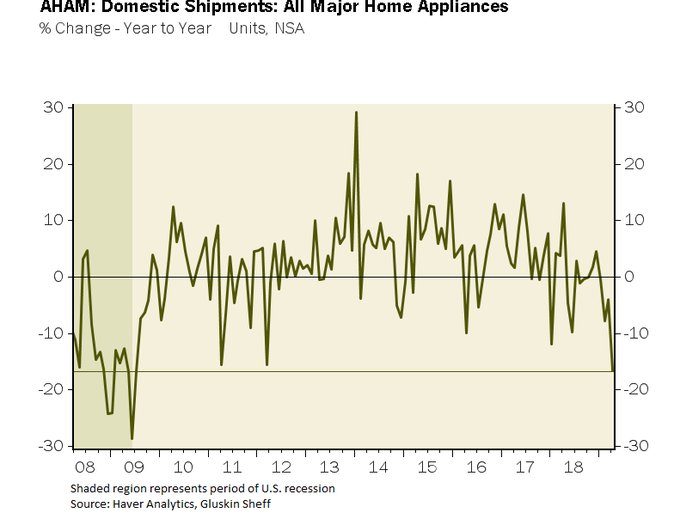 Look at this chart of major appliance shipments – collapsing 17% YoY in April – and tell me we aren’t heading into a recession. 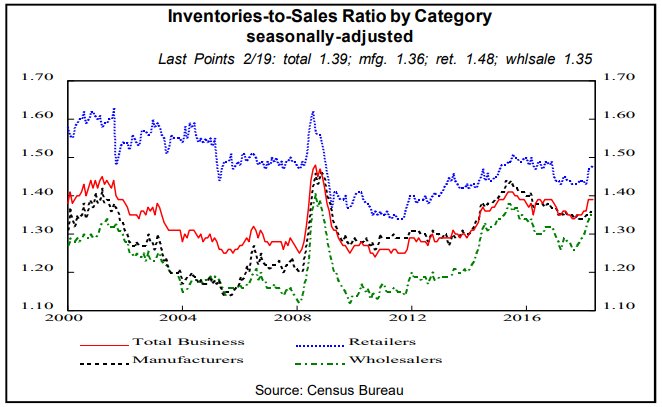 US recession probably started in current quarter, Gary Shilling says, as Q1 real GDP growth, 3.2% at ann rates, was temporarily inflated by jump in inventories, which contributed 0.65ppts to growth. This was no doubt unintended & undesired as jumps in inventory-sales ratios show.