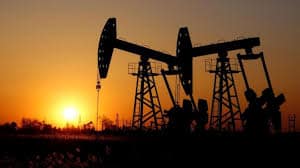 by Simon Watkins via OilPrice.com,

Historically, Russia goes to great lengths to hide or disguise its strategic intentions but it clearly feels empowered enough in the Middle East to very obviously stake its claim in the region – excluding, for the time being only, Saudi Arabia – by stating that a slew of Russian companies are to spend up to US$20 billion on oil projects in Iraq in the near term.

“Since [U.S. President Donald] Trump outlined the new U.S. foreign policy of not engaging in conflicts abroad unless they were directly aligned with U.S. interests [October 2019], and then effectively withdrawing from Syria and from supporting the Kurds, Russia and China have felt that they can bring forward their plans to bring Iraq within their geopolitical arc of influence,” a senior source who works closely with Iraq’s Oil Ministry told OilPrice.com last week.

“They know that provided that they do not impinge on Saudi Arabia and, at a pinch the UAE and Kuwait, or launch attacks against U.S. personnel, then they can basically do whatever they want anywhere else, hence this announcement from Russia last week,” he added.

Before this announcement – which specifically mentioned Zarubezhneft, Tatneft, and Rosneftegaz as companies interested in pursuing specific but as yet unnamed projects, in addition to those Russia companies already active in the country (including Lukoil, Bashneft, and GazpromNeft) – Russia had adopted its usual stealth approach to building up its presence in Iraq.

“It is incremental colonialism, beginning one day with one relatively small contract being taken up by some Russian company nobody has heard of, then more Russian companies turn up in the same place under ‘contractor’ terms having been engaged by the company you gave the original contact to, then security companies turn up to guard all of the personnel, and suddenly you have a major Russian occupation of part of your key oil and gas infrastructure,” the Iraq source underlined.

The oil and gas prize for the Russians in Iraq is, of course, huge, but many in the industry do not realise that it is still underestimated. The official figures for oil are that Iraq has around 149 billion barrels of reserves (18 per cent of the Middle East total and 9 per cent of the global total) and is currently the second-largest oil supplier in OPEC, after Saudi Arabia. All of this oil coming at a mean average ‘lifting cost’ per barrel in Iraq of US$2 to US$3 per barrel, according to the IEA, at least as competitive as Saudi Arabia.

For gas, the official figures are slightly less impressive, but they are likely even more underestimated than the oil figures, with Iraq having about 135 trillion cubic feet of reserves (the 12th largest in the world), mostly associated at the moment with oil fields in the supergiant fields in the south of the country.

However, despite the occasional increase in reserves estimates over the past few years – extremely modest by the standards of its neighbours, incidentally – much of Iraq still remains unexplored or under-explored compared with other major oil-producing countries.

According to the International Energy Agency (IEA), and derived from the landmark United States Geological Survey (USGS) 2000 assessment and subsequent updates, the level of ultimately recoverable resources at that time was around 232 billion barrels of crude and natural gas liquids. Even this, though, might prove on the low side, added the IEA, as a detailed study by Petrolog around that time reached a similar figure but did not include the parts of northern Iraq in the KRG area or examination of the geological anomalies prevalent in the central and western regions of the country. Even using the much more conservative USGS number, Iraq had just a decade ago only produced around 15 per cent of its ultimately recoverable resources, compared with 23 per cent for the Middle East as a whole at that time.

At that point, of the 530 potential hydrocarbon-bearing geological prospects identified by – only – geophysical means in Iraq only 113 had been drilled, with oil being found in 73 of them, a success rate of 65 per cent. Although more of these geophysically-identified sites have now been drilled many more new ones have arisen due to identification by more sophisticated analysis of seismic and historical data.

“The Russians have done their own testing of potential oil and gas reserves over the years and they think it is about double the current official estimates on both of those [oil and gas],” the Iraq source told OilPrice.com last week.

This is one of two key reasons why Russia has exploited every opportunity to expand its footprint in the north and south of Iraq. In the north it has been extremely successful so far in using its corporate proxy, Rosneft, to gain control over key elements of the region’s oil and gas infrastructure while in the south it had been forced by the U.S.’s own former ambitions to tread more stealthily.

Although it has always been able to rely on being able to use Iran’s political and military over Iraq for its own purposes, these had to be sidelined for a while, at least whilst the real power in Iraq – Moqtada al-Sadr – was getting settled in to his power-broking role. As this was initially founded on the ultra-nationalist message (‘Iraq for the Iraqis, with no undue foreign influence’, in essence) of his election-winning ‘Sairoon’ power bloc, Moscow was able to tinker only the edges.

The key to this, though – and vital in understanding the purpose behind the announcement of a doubling (possibly tripling) of Russian overt investment into Iraq – is that the area is critical in Russia fortifying its presence in the central Middle East and being able to secure a warm water multi-layered military presence in the Mediterranean.

“Russia risked full-on military confrontation with the U.S. to get a full-scale Black Sea port [Sevastopol] with access into the Mediterranean when it annexed Crimea in 2014, so there’s nothing it won’t do to build out its foothold in Syria and in the transit and supply route to Syria, which includes Iraq,” said the Iraq source.

In this context, then, Block 17 in Anbar – and the US$20 billion investment announced last week – makes perfect sense for the Russians, as it intends to secure what the U.S. military used to call ‘the spine’ of Islamic State where the Euphrates flows westwards into Syria and eastwards into the Persian Gulf. Along the spine running from east to west are the historical ultra-nationalist and ultra-anti-West cities of Falluja, Ramadi, Hit and Haditha, and then there is Syria, with its key strategic ports of Banias and Tartus. By happy ‘coincidence’ both Banias and Tartus are also extremely close to the massive Russian Khmeimim Air Base and the S-400 Triumf missile system. Although the base only came in to operation in 2015 supposedly to help in the fight against Islamic State, Russia appears to have changed its tactical plans for it, having also signed a 49 year lease on it, with the option for another 25 year extension. A short flight away is Russia’s Latakia intelligence-gathering listening station. 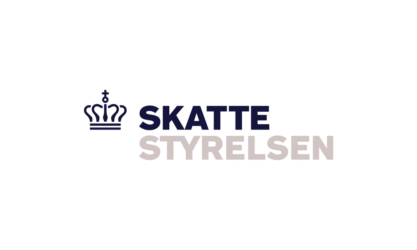