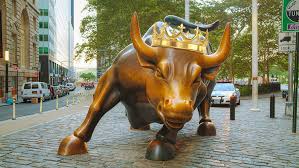 While UMich’s preliminary March sentiment survey showed weakness, the final March print – taken after the lockdowns and market carnage began – was expected to plummet further.. and it did:

The final sentiment index for the month slumped 11.9 points to a three-year low of 89.1, data Friday showed. The median forecast in a Bloomberg survey of economists called for a decline to 90 after a preliminary March reading of 95.9.

Ratings for current conditions also decreased by the most since 2008, and a measure of the economic outlook dropped to the lowest level in more than three years.

Businesses Look for Ways to Endure, Thrive Through the Virus Crisis

And the headline print plunged by the most since October 2008…

“The outlook for the national economy for the year ahead changed dramatically in March, with the majority now expecting bad times financially in the entire country,’’ Richard Curtin, director of the Michigan sentiment survey, said in a statement.

“Perhaps the most important takeaway is that the largest proportion of consumers in nearly 10 years anticipated that the national unemployment rate will increase in the year ahead.’’

The final survey for the month included responses through March 24, a stretch that includes significant upheaval and uncertainty in day-to-day living and the labor market, as well as in financial markets. A report yesterday showed initial claims for unemployment benefits soared to a record 3.28 million last week.

“Stabilizing confidence at its month’s end level will be difficult given surging unemployment and falling household incomes,’’ Curtin said.

“Mitigating the negative impacts on health and finances may curb rising pessimism, but it will not produce optimism.’’