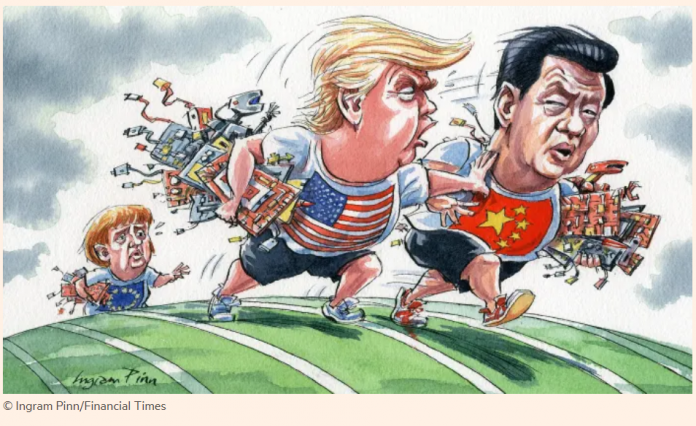 Chinese President Xi Jinping has been on a telephone spree this month, dialing the leaders of coronavirus-battered France, Italy, Spain and Germany with offers of support, including masks and other medical equipment. One phone number he hasn’t tried is Donald Trump’s.

The two leaders finally spoke by phone on Friday Beijing time, in a call Mr. Trump initiated after earlier in the week indicating plans to speak with Mr. Xi, according to China’s official Xinhua News Agency.

The previous time the leaders of the world’s two largest economies had talked was in early February when the virus was ravaging China but not the U.S. The two talked about whether China would still buy as many farm goods as it promised in a trade deal.

“How do you cooperate when you hear the president of the United States referring to the epidemic as the ‘Chinese virus’ all day long,” said a Beijing government adviser. A senior U.S. administration official countered that China’s attempts to cast suspicion that the virus originated in the U.S. “are dangerous, counterproductive to relief efforts and something we’re watching closely.”

After Friday’s call Mr. Trump tweeted, “Just finished a very good conversation with President Xi of China. Discussed in great detail the CoronaVirus that is ravaging large parts of our Planet.” The president, who along with other U.S. officials had been referring to the virus as the “China virus” or “Wuhan virus,” also said he was working closely with Mr. Xi.

“Under current circumstances, China and the U.S. must unite to fight the virus,” Mr. Xi was quoted by Xinhua as telling Mr. Trump. Bilateral relations are at a crucial juncture, Mr. Xi said, adding “Cooperation is the only right choice.”

On Thursday, Mr. Trump and Mr. Xi participated in a videoconference of leaders of the Group-of-20 large economies, whose members pledged to spend more than $5 trillion to help the global economy. While China and the U.S. supported that goal, the two leaders didn’t address each other directly, said people familiar with the meeting. Instead, the various participants generally read prepared remarks and then approved the joint statement.