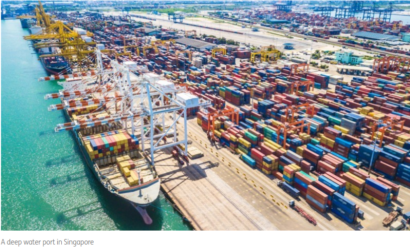 Retailers are currently unable to fulfill every order. In September, 74 percent of retailers complained about problems of this nature, as revealed by an ifo Institute survey. “The procurement problems affecting industry have now arrived here,” says Klaus Wohlrabe, Head of Surveys at ifo. “There may well be Christmas presents that that become very expensive or cannot be delivered.”

Among bicycle retailers, 100 percent of all surveyed companies reported problems with their orders. “At the moment, there is sand in the gears of global logistics. In addition, the freight rates for water transport have substantially increased,” Wohlrabe says. Among DIY centers (99 percent) and furniture stores, the aftereffects of skyrocketing timber prices in the first half of the year are apparent.

Meanwhile, a scarcity of chips and semiconductors has meant that products have not been immediately available to retailers of all kinds of electronic products. This was reported by 97 percent of consumer electronics retailers. As for car dealers (88 percent), the delivery problems have affected electric cars most of all.

As a result, retailers are now also considering whether to raise prices. “Industry has announced price increases and these have inevitably now reached the retail sector,” Wohlrabe says. 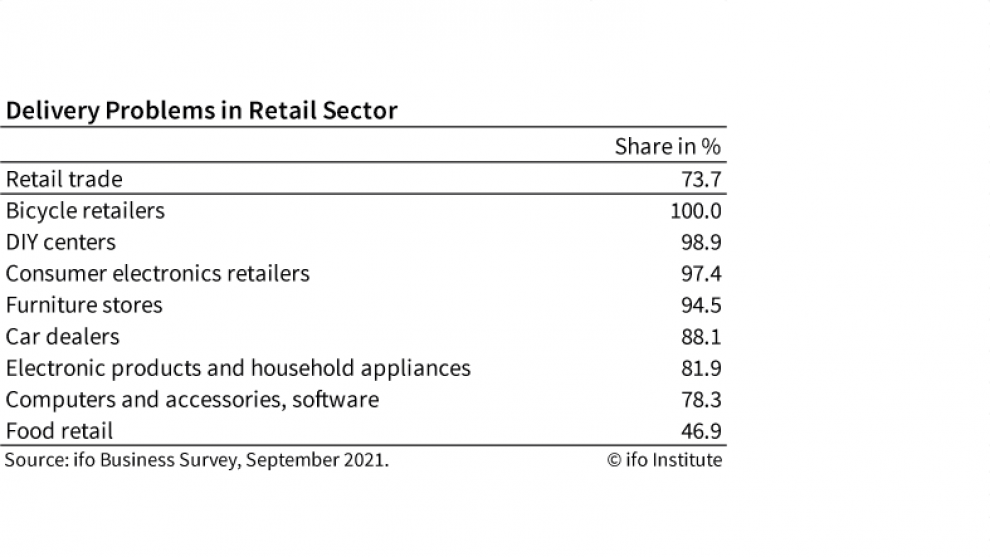