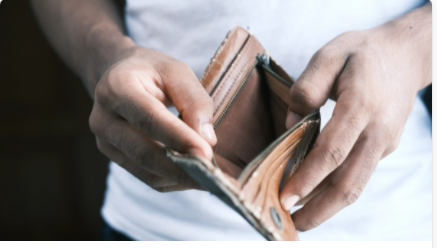 Since the recovery from the financial crisis, nominal wage growth in the eurozone has been sluggish. This is often attributed to weaker trade unions. But wage growth in real terms is higher now than it was before the crisis. We expect a decline in 2022, but real wages will grow in 2023, although probably only modestly

According to the European Commission, the eurozone unemployment rate has declined to levels below the natural rate of unemployment, and the vacancy rate is at an all-time high. But gross wage growth in nominal terms has only recently begun to accelerate after ending 2021 with a year-on-year increase of just 1.5% in the fourth quarter. This was a historic low. In the first quarter of this year, wage growth was 3%, but that was partly made up of one-off pay bonuses.

Last year wasn’t the only year in recent history with low growth in nominal wages. On average, the yearly wage increase after the global financial crisis (GFC) was only 1.8%, compared to 2.5% during 2000-09. Nominal wage growth was especially low during the years 2014-16.

The slowdown in average nominal wage growth is not that surprising. After all, the economy – measured by the average size of the output gap and unemployment – performed much better in the years before the GFC than in the years after, when the eurozone had to face the euro crisis and the Covid-19 pandemic. Nevertheless, what is surprising, at first sight, is that while unemployment started to come down from 2014 onwards, it took several years before nominal wage growth increased.

Nominal wage growth is, however, a misleading indicator to judge whether trade unions have performed well in wage negotiations. In the end, it is real wages that are interesting for employees because they are adjusted for inflation and therefore more directly related to their purchasing power.

Net real wages are even more interesting for employees. However, in this article we want, among other things, to determine whether pay rises in the private sector reflect the changes in the balance between supply and demand in the eurozone labour market. Since net wages are also determined by changes in income tax and social security contributions set by the government, the development of gross wages is a better indicator to find an answer to our question.

This is remarkable because the conditions in the economy and in the labour market, measured by the unemployment rate and the output gap, were less favourable in the years after the GFC than in the years before the GFC.

It is the very low inflation between 2014- 2016 (between 0.2% and 0.5%) that mainly explains the low growth of nominal wages since the GFC and causes the large difference between the development of nominal and real wage growth. These three years rank in the top five of the lowest inflation years of this century (chart 3). If inflation had been higher, wage demands and nominal pay rises would have been higher too.

Looking at real wages the performance of trade unions has not been bad at all. It should be said however that the favourable outcome of the wage negotiations in real terms during 2014- 2016 was in part the result of the fact that inflation in reality was better (lower) than was expected at the time that wage demands were set.

Because of the focus of commentators on nominal wages instead of real wages, a classic case of the ‘money illusion’ has emerged; low nominal wage increases are incorrectly labelled as weak bargaining results that are at odds with the economic recovery and the improvement in the labour market.

But, on the other hand, in 2017 and 2018, when inflation was not so low, the real wage outcome did not reflect the improvement of the economy and the labour market. Real wages decreased in 2017 and showed limited growth in 2018 (chart 1). And the fact that unions have not been able to convert (all) labour productivity growth into higher wages (chart 4) also indicates a loss of bargaining power, particularly because this didn’t only happen in economically weak years but also in strong years during which jobs were not generally at risk. For example, in 2006, 2007 and 2017, employment was growing but the unions did not succeed in converting productivity increases into extra pay rises. 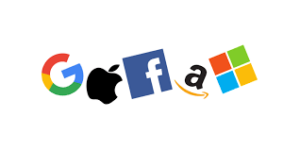 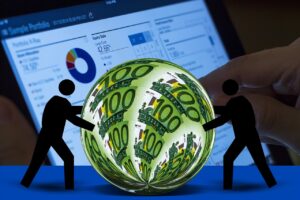