Time for Brexit Plan B?

KEY MESSAGES
We believe the UK government’s likely failure to win Tuesday’s key Brexit vote and the resulting prolonged uncertainty are already largely priced in across assets. Of the many possible ‘plan Bs’, the most likely, in our view, is that Prime Minister Theresa May will seek further changes to the withdrawal deal from the EU.

The likelihood of Parliament intervening to prevent a ‘no deal’ Brexit would, we think, limit the potential downside risk to UK assets posed by some plan B options. The meaningful vote: The so-called meaningful vote in Parliament tomorrow, 15 January, looks likely to result in a large margin of defeat for the government’s proposed Brexit withdrawal deal (100+ MPs, we think).

The key development to watch will be the support gained by various proposed amendments, 13 of which have been tabled at the time of writing. Several amendments reject the deal and call for an alternative course of action, such as a second referendum, an extension of the withdrawal period or a Canada-style deal. Others approve the deal subject to certain conditions, such as giving Parliament a vote on the implementation of the backstop on the UK–Ireland border.

MPs will begin voting on the amendments at 7pm. Assuming all 13 are selected to be voted on and each vote takes about 15 minutes, it could be several hours before the ultimate outcome is known. It is possible – but, in our view, highly unlikely – that MPs might not even vote on the government’s withdrawal deal. If any particular amendment gets a
majority, then the final vote will be on the amended motion.

It is more likely, in our view, that MPs will have to consider which alternative they favour only once they have rejected the deal proposed by the government. What happens next: If the deal is indeed rejected, Prime Minister May has three Commons “sitting days” to produce a plan B (ie, until Monday 21 January); we think she would be likely to make a statement earlier than that, probably already on Tuesday evening.

We think Mrs May will attempt to secure last-ditch concessions from the EU in order to get a deal through Parliament. but it is difficult to see what changes to the deal could win over a majority of MPs. Our base case remains that the period for withdrawing from the EU under Article 50 will have to be extended.

If no acceptable deal can be reached and ratified, we think the next likely step will be a second referendum.

The past month’s range-trading dynamics suggest Parliament’s rejection of the deal by a large majority is already largely priced in. We think the downside risk posed in some plan B scenarios should be limited though given MPs’ apparent determination to prevent the UK leaving without a withdrawal deal, already short GBP positioning and depressed asset prices.

Plan B options: These are the routes Mrs May might  explore after a defeat, in our view, ordered roughly from most likely to least.
 Change deal: We think the UK would have to shift its ‘red lines’ for the EU to reciprocate with meaningful changes to the withdrawal deal. In the event of a heavy parliamentary defeat, the EU might see little chance of any changes reviving the deal.
 Lobby Labour: Mrs May has already started to reach out to opposition MPs (eg, on workers’ rights). Adopting a customs union as the future relationship might win further Labour support.
 Indicative vote: The government might allow MPs to have an indicative vote on a list of options, in which they would express a preference for, say, a Norwaystyle deal, a customs union and a second referendum.
 Extend Article 50: Extending the process would require unanimous consent of EU members, which we would expect to be given only to accommodate the ratification process or something exceptional, such as an election or referendum. Extension would also probably require approval by the UK Parliament.
 Early election: Mrs May would need the support of two-thirds of all MPs to hold an early general election.

 Pursue ‘no deal’: Were Mrs May to pursue a course of leaving the EU on 29 March without a deal, we think she would be likely to face both resistance from MPs and cabinet resignations.
 Resign: Mrs May’s resilience thus far suggests she would not stand down even in the event of large defeat.
 Revoke Article 50: The UK could unilaterally revoke its decision to leave, but not as a delaying tactic. It would probably require a vote by MPs.

 Second referendum: We think Mrs May would be unlikely to propose a second referendum herself, but we cannot exclude that she might argue for a popular
vote between her Brexit deal and a ‘no deal’ Brexit.

Our view: We think the most likely outcome is that the government will lose the vote by a significant margin and propose trying to get final changes from the EU. However, MPs might not see this as credible, given that Mrs May has repeatedly described the deal as the best
one possible. There appears to be a majority in Parliament to avoid certain outcomes (eg, this particular deal or leaving without a deal) but not in favour of a particular outcome.
Much will depend on Labour’s position, in our view.

The party’s leader, Jeremy Corbyn, is likely to table a ‘no confidence’ motion only if he thinks it will pass, which seems unlikely still. And Labour is likely to support a
referendum only if an election cannot be attained. Beyond the next few days of political turbulence, we continue to see probabilities of 30% for a no-deal Brexit, 30% for a deal and 40% for an extension of Article 50 and a likely second referendum.

Market response: The past month’s range-trading dynamics suggest Parliament’s rejection of the deal by a large majority is already largely priced in. UK domestic stocks look most exposed to a downward re-pricing on prolonged uncertainty, having outperformed in recent
weeks; but we would expect a retracement of recent moves rather than substantial downside. In the event that the deal is rejected by a small margin or even
passed then, this would likely be a positive surprise for markets, particularly in the latter scenario.

Downside risk should be limited: We think three potential plan B options could be particularly negative for UK assets: if Mrs May resigns (perhaps to be replaced
by someone favouring a ‘harder’ Brexit), calls for an early general election (induces new uncertainty) or announces plans to pursue a ‘no deal’ withdrawal. But any downside should be limited. We believe Parliament (which has already twice passed amendments seeking to seize control on this issue) would intervene to prevent a no-deal Brexit. Also, GBP
positioning remains short (−23 on our +/−50 scale) and UK markets are already quite depressed (most assets have traded meaningfully through present levels only in
the 2016 referendum aftermath).

Trade ideas: We continue to think that investors sharing our view might consider the following trade ideas.  We believe these trades should benefit from an
increased probability of no Brexit and reduced odds of a no-deal Brexit: long GBPCHF; 1y1y/3y1y GBPOIS steepeners; and Buy February and March Xover ATM receivers*.
 Pay 10y10y UK versus 70% EUR and 30% US: We favour tactically fading this range-bound structure at its extremes, as a means to trade the ebb and flow of Brexit uncertainty leading into a second referendum.
 Wait to sell FTSE 100/go long BNP Paribas domestic UK basket: We wait for better entry levels, given that UK domestic stocks look most exposed to a downward correction should the deal be rejected. 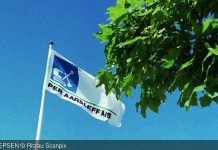 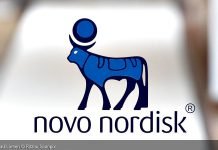