The rebound started just after 8pm EDT on Monday night, with the S&P trading just above 2,800 when President Trump said he believed discussions with China “will be very successful,” with the outcome expected in three or four weeks.

Responding to Trump, who said he was optimistic about resolving the trade dispute, the Chinese government’s top diplomat said China and the United States both have the “ability and wisdom” to reach a trade deal that is good for both.

Of course, it is quite possible that the market’s overly optimistic interpretation of Trump’s take may have been premature, considering that on Tuesday morning Trump has had a barrage of no less than 7 tweets on the topic of trade war, with the highlight so far his claim that “when the time is right we will make a deal with China. My respect and friendship with President Xi is unlimited but, as I have told him many times before, this must be a great deal for the United States or it just doesn’t make any sense.” In second tweet, Trump says deal must make up some of “tremendous ground we have lost to China on Trade since the ridiculous one sided formation of the WTO. It will all happen, and much faster than people think!”

Hardly the stuff of an imminent deal, but for now the algos are ignoring it and focusing on the glimmers of optimism, which has paved the way for a positive start for European stocks with stock markets in London, Frankfurt and Paris 0.6% to 0.9% higher, while U.S. stock futures rallied.

The Stoxx Europe 600 Index climbed as much as 0.8%, bouncing from the previous session’s selloff, with all sectors but real estate in green, amid renewed hopes for a U.S.-China trade deal. Trade-sensitive sectors including luxury, miners lead gains, while energy also rose as BP gained 2%, Shell rose 1.1% after Brent oil jumped after Saudi Arabia reported drone attacks on pumping stations, the latest escalation in Middle East tensions.

“The trade war is driving markets at the moment,” said Rory McPherson, head of investment strategy at Psigma Investment Management in London. “Markets were prone to a selloff after a good start to the year on expectations of policy easing from central banks and no escalation of trade tensions, and it’s this latter pillar that has come away.”

Earlier, Asian shares took another beating on Tuesday catching up to the Monday US rout, but closed off their lows, following the more upbeat tone from U.S. and Chinese officials.

MSCI’s index of Asia-Pacific shares ex-Japan fell over 1% to its lowest level since Jan 30, leaving MSCI’s world equity index stuck near its lowest levels in around two months. Japan’s Nikkei stock index fell to its lowest since mid-February, while broader Asian markets were dragged down by a selloff in Chinese shares as the Shanghai posted a modest decline, while Hong Kong equities slumped as the market re-opened after a holiday.

The rebound in optimism was perplexing as just one day earlier China said it would impose higher tariffs on $60 billion of U.S. goods in retaliation against the U.S. tariff hike, and at least some analysts remained quite skeptical. ING economist Prakash Sakpal said the current volatility showed how a “180-degree” turn in U.S. rhetoric on trade negotiations had spooked markets. “We don’t see any quick end to this state of the markets until we see some resolution, constructive dialogue and something very solid in terms of deals. But the hopes for that are a bit misplaced currently,” he said.

Judging by the markets’ reaction so far today, Prakash’s take is in the minority, and signs of stability in global stock markets took the shine off safe-haven assets for now.

As a result, yields on 10-year German government bonds were about 2bps higher on the day at minus 0.06% and off six-week lows hit on Monday when investors flooded into safe havens; U.S. 10-year Treasury yields also rose away from Monday’s six-week lows, rising back above three-month bill yields after the yield curve inverted on Monday for the second time in less than a week. That latest inversion raised recession worries and concerns about the economic impact of a trade war, given a sustained inversion of this part of the yield curve has preceded every U.S. recession in the past 50 years.

Its onshore counterpart strengthened slightly to 6.8731 per dollar after the four-month lows touched on Monday sparked speculation Beijing was letting the currency weaken amid the intensifying trade war.

For those who care, in the latest Brexit news, PM May is said to be considering definitive votes on different Brexit options in an attempt to break the Brexit deadlock, while reports added she is expected to ask MPs to rank different outcomes in order of preference. The report suggested that the government appears to be willing to go ahead with their plan for definitive votes regardless of support from the Labor Party. In other news, conservatives are reportedly preparing a new offer on a post-Brexit customs union; however, a source states that this offer has not been agreed with the Labour party.

In geopolitical news, a US defense official presented an updated military plan to the Trump administration which involves deploying 120k troops to the Middle East if Iran attacks US forces.  Additionally, North Korea said US seizure of its ship is in direct violation of June 12 summit agreement, while it added US should return the ship immediately and that it will keep a close eye on US actions going forward. And finally, a large military operation was undertaken against Saudi targets, and seven drones undertook attacks on key Saudi installations., according to Yemen’s Hothi-Run television citing Military Officials. 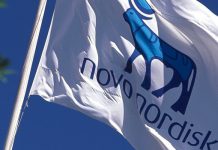