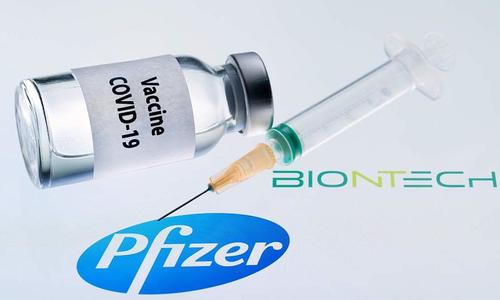 – The reports suggest that common adverse reactions to mRNA vaccines, such as fever and nausea, may have contributed to a fatal outcome in some frail patients, says Sigurd Hortemo, chief physician at the Norwegian Medicines Agency.

The large studies on Comirnaty (BioNTec/Pfizer) did not include patients with unstable or acute illness – and included few participants over 85 years of age. In Norway we are now vaccinating the elderly and people in nursing homes with serious underlying diseases, therefore it is expected that deaths close to the time vaccination may occur. In Norway, an average of 400 people die each week in nursing homes and long-term care facilities.

All deaths that occur within the first few days of vaccination are carefully assessed. We cannot rule out that adverse reactions to the vaccine occurring within the first days following vaccination (such as fever and nausea) may contribute to more serious course and fatal outcome in patients with severe underlying disease.

As of 14 January, 23 reports of suspected deaths have been submitted to the Norwegian ADR health registry. The figures in the published report include the thirteen reports that have been assessed by the Norwegian Medicines Agency and the National Institute of Public Health. Several reports of suspected adverse reactions are received on a daily basis and are continuously assessed.

Update (1630ET): In what can only be described as a somewhat concerning turn of events, health experts from Wuhan, China, called on Norway and other countries to suspend the use of mRNA-based COVID-19 vaccines produced by companies such as Pfizer, especially among elderly people (following the surge in deaths in Norway described below)

China’s Global Times reports Chinese experts said the death incident should be assessed cautiously to understand whether the death was caused by vaccines or other preexisting conditions of these individuals.

Yang Zhanqiu, a virologist from Wuhan University, told the Global Times on Friday that the death incident, if proven to be caused by the vaccines, showed that the effect of the Pfizer vaccine and other mRNA vaccines is not as good as expected, as the main purpose of mRNA vaccines is to heal patients.

A Beijing-based immunologist, who requested anonymity, told the Global Times on Friday that the world should suspend the use of the mRNA COVID-19 vaccine represented by Pfizer, as this new technology has not proven safety in large-scale use or in preventing any infectious diseases.

Older people, especially those over 80, should not be recommended to receive any COVID-19 vaccine, he said.

All of which is a problem since it is the elderly who are at most risk (quite frankly at any real risk at all) and thus who need the protection the most. The Chinese health experts instead say that the most elderly and frail should be recommended to take medicines to improve their immune system.

Of course, one cannot help but note the irony of scientists from the source of the plague that has killed millions around the world and destroyed lives/economies almost everywhere, is now calling for the cessation of the process to protect against the plague.

As we detailed earlier, Norway health authorities are reporting COVID-19 vaccine news of monumental importance at a moment the US is rushing to get an initial some 30 million doses into the arms of the elderly and those with chronic health conditions: sick patients over 80 are particularly at risk for devastating side effects.

Thus for this vulnerable demographic which is currently first in line in North America, the “cure” could be worse than the disease. Bloomberg notes that it’s “the most cautious statement yet from a European health authority” regarding potential adverse vaccine health risks.

“For those with the most severe frailty, even relatively mild vaccine side effects can have serious consequences,” the Norwegian Institute of Public Health said.

The health authority said further in its most blunt statement cautioning against a policy of a blanket promotion of the vaccine for all:

“For those who have a very short remaining life span anyway, the benefit of the vaccine may be marginal or irrelevant.”

This comes after a handful of global cases, including an elderly patient in France, where a recipient died within hours of receiving their first-round of the vaccine.

Thus far Norway says it has administered doses to up to 33,000 people, including the elderly, but are already finding it “too risky” for the terminally ill and people over 80 that are in frail condition. Given only 33,000 injected so far, the reported death count is already staggering and is causing officials to sound the alarm:

Norwegian officials said 23 people had died in the country a short time after receiving their first dose of the vaccine. Of those deaths, 13 have so far been autopsied, with the results suggesting that common side effects may have contributed to severe reactions in frail, elderly people, according to the Norwegian Medicines Agency.

But despite the warnings being featured prominently at the end of this week in Bloomberg and multiple other mainstream publications, again we doubt this will do anything in terms of putting the brakes on the rushed vaccine rollout in the US where it’s precisely the elderly, frail, and those prone to persistent health conditions that are being urged on by state and federal policies to be first in line.

Meanwhile, Bloomberg had this to say of the most common vaccine brands in Norway and the West:

Representatives for Pfizer and BioNTech didn’t immediately respond to requests for comment.

The Pfizer-BioNTech vaccine approved late last year has been used most broadly, with a similar shot from Moderna Inc. approved earlier this month also now being administered.

Norway initiated its COVID-19 vaccinations last month on the heels of the Pfizer/BioNTech vaccine receiving approval by the European Medicines Agency. Norway’s infections are approaching 60,000 out of total population of 5.3 million, including over 500 deaths.

Many skeptics in Europe and the US still have severe reservations about the vaccines, even as big pharma and governments continually insist they are completely safe. 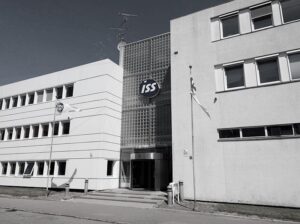 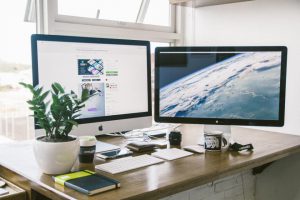 Ledelse: Virksomheder kæmper for at få ansatte tilbage til kontoret