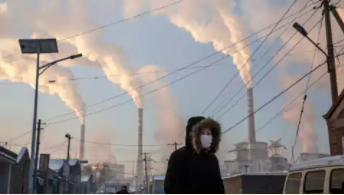 Plugging into the Electrification Megatrend

Electric vehicles, the energy transition, grid modernization and distributed power are already popular investment themes, and deservedly so. What the market may not fully appreciate, however, is that each of these initiatives require infrastructure powered by a single sector—electrical equipment.

“Electrification could be one of the biggest growth opportunities in the industrial economy when you consider the number of areas that will need to be developed, expanded or modernized,” says Joshua Pokrzywinski, equity analyst for Morgan Stanley Research who covers the electrical sector and multi-industry names.

The market for electrical gear not only offers a potentially lower risk play on multiple trends at once, it’s also poised to benefit from incremental growth on top of an already solid base. All told, Morgan Stanley Research analysts believe that the sector has a 20-year runway for 6% compound annual growth, or nearly double historical industry rates. Here are three key points that further distinguish the sector. 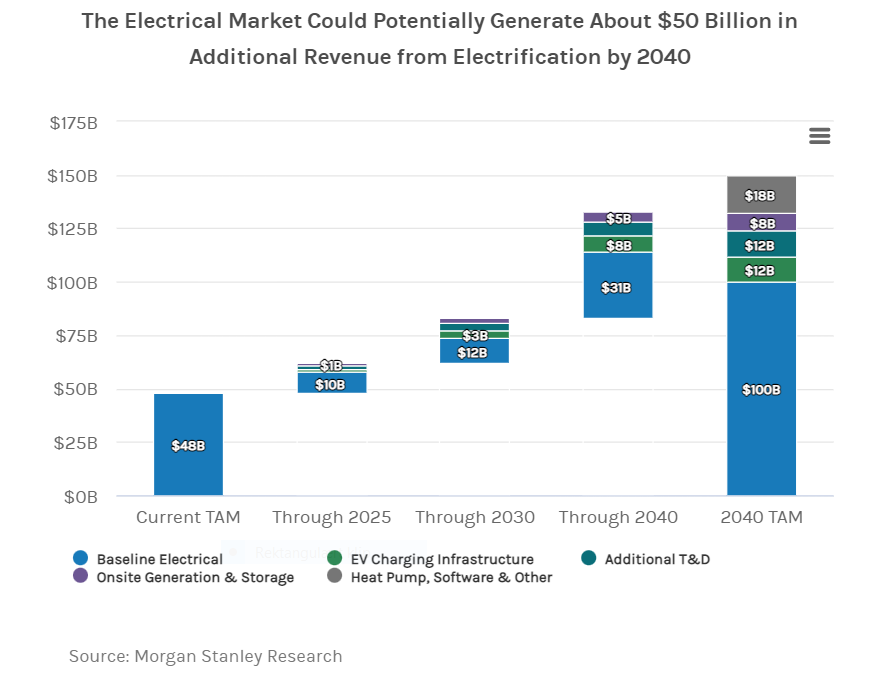 Thomas Edison’s former assistant, Samuel Insull, is credited with doing for modern electricity what Henry Ford did for manufacturing. He used economies of scale to help make electricity accessible and affordable for the masses, beginning in the early 20th century.

Improvements have come steadily—but slowly—over the past century, driven primarily by new construction and remodeling. “It’s tough to point to any meaningful upgrade cycles in recent history,” says Pokrzywinski.

2. Equipment is a Pick-and-Shovel Play

The electrification theme encompasses many trends, each with the potential to transform their respective industries—and electrical markets offer an avenue for accessing all of them, potentially at lower risk. In other words, invest in the companies selling the underlying equipment—a figurative “pick and shovel” play—rather than any one technology or company.

“We are confident in the long-term trends around energy transition, but the adoption of individual technologies can happen at a different pace,” says Pokrzywinski.

For example, growth related to EV charging is expected to surpass $15 billion by 2030, at which point 8% of U.S. vehicles on the road could be electric. As EVs become the predominant vehicle—expected by 2045 in the U.S.—spending on chargers and electrical upgrades will continue to accelerate.

Onsite power generation and storage also drives electrical markets demand. In fact, solar power continues to be one of the largest contributors to new electricity generation capacity, not only for utilities but onsite at residential and nonresidential buildings as well. Add transmission and distribution (T&D) to the equation, and electrification could represent a $45 billion market opportunity by 2030.

3. Plugging Into a Proven Industry

Also notable: The electrical equipment sector stands to benefit from accelerating demand, but it also rests on proven technology, attractive margins and a consolidated roster of companies. “Players do not only compete on price, and products are governed by regional codes and preferences,” says Lucie Carrier, equity analyst covering European Electricals and Machinery.

This bodes well for U.S. and European makers of low and medium voltage electrical equipment, as well as a few other niche companies. Given significant growth expected in some areas of the market—such as EV chargers, battery storage, and solar panels—cost curves and adoption are necessarily linked, she adds. Consequently, industry margins for those technologies could be volatile, as scale and share evolve. However, the consolidated markets for all the other electrical products needed to integrate those technologies should result in typically healthy industry profitability.