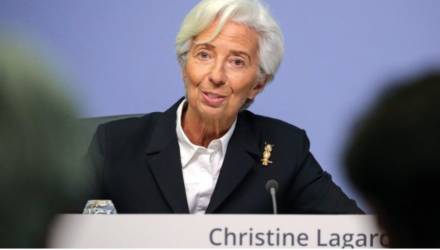 The ECB maintained the current pace of bond purchases and pushed forward the decision on scaling down the flow of buying into September. The ECB’s stance suggests higher yields will have to wait for a bit longer.

The ECB still expects net purchases under the PEPP over the coming quarter to continue to be conducted at a significantly higher pace than during the first months of the year. The statement included very few changes compared to April. The ECB now refers explicitly to net purchases, but this is unlikely to matter much in the big picture.

In general, the ECB had become somewhat more optimistic on the outlook, which was illustrated in higher growth and inflation forecasts for this year and next as well as saying risks to the growth outlook were now roughly balanced. However, inflation forecasts for 2023 remain low and the ECB retains the view that higher inflation numbers remain transitory (see more below).

However, the rise in market interest rates seen earlier this year appears to worry many Governing Council members, even if the rise has taken place mainly for the right reasons. The ECB sees that such moves could lead to tightening financing conditions, which would be premature at this point.

The introductory statement, including the reference to the pace of purchases, was supported unanimously, but there had still been some debate on the pace of the purchases and some diverging views. Nevertheless, it appears there was not really a big debate today and the more hawkish Governing Council members are probably saving their ammunition for September.

We expect the ECB’s bond purchase volumes to fall clearly already in August, which is customary due receding bond issuance volumes. Lagarde also explicitly referred to buying according to market conditions, taking seasonality into account, implying the pace of purchases is likely to slow amidst lower bond issuance.

The ECB could then decide on lower purchase volumes at the September meeting when the starting point is already lower due to the slower August buying. The September meeting is set to be very interesting, since it could also include conclusions from the ECB’s strategy review, which the ECB has said will be concluded during the second half of the year. The monetary policy setup could potentially then be tweaked in other ways as well in September.

We continue to expect net PEPP purchases to be discontinued by the end of March 2022, but see the inflation outlook to still warranting further easing via an expanded Asset Purchase Programme (APP) after the PEPP has been concluded.

After the downward moves already seen in the past weeks, we do not see much further room for longer bond yields to fall. The continued high pace of ECB buying supports yields at close to current levels over the coming few months, but we expect longer yields to aim higher, curves to steepen and intra-Euro-area spreads to widen again towards the autumn. We also think the EUR/USD will aim lower later in the summer.

PEPP buying set to fall towards the autumn 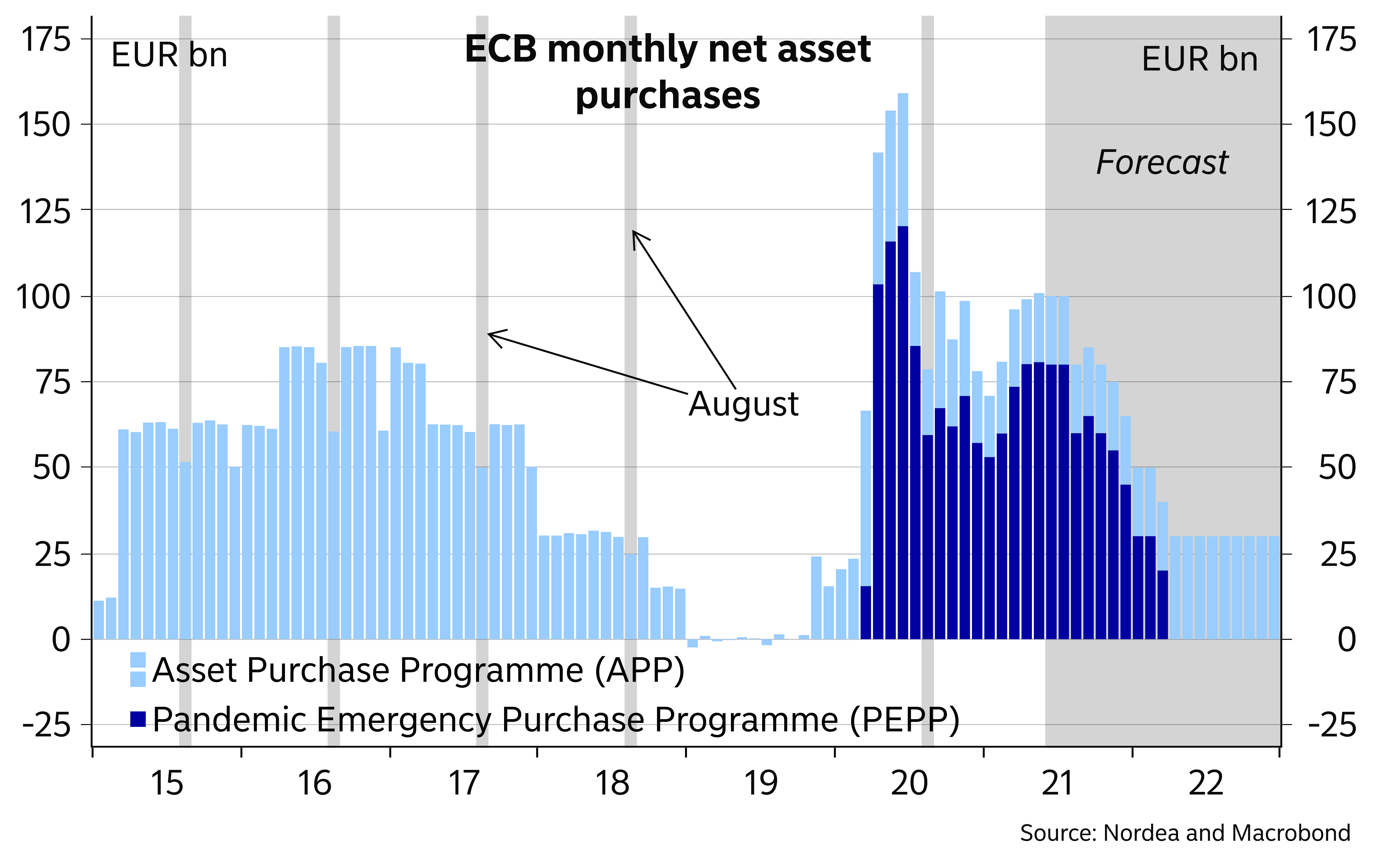 The rise in yields seen earlier this year stalled 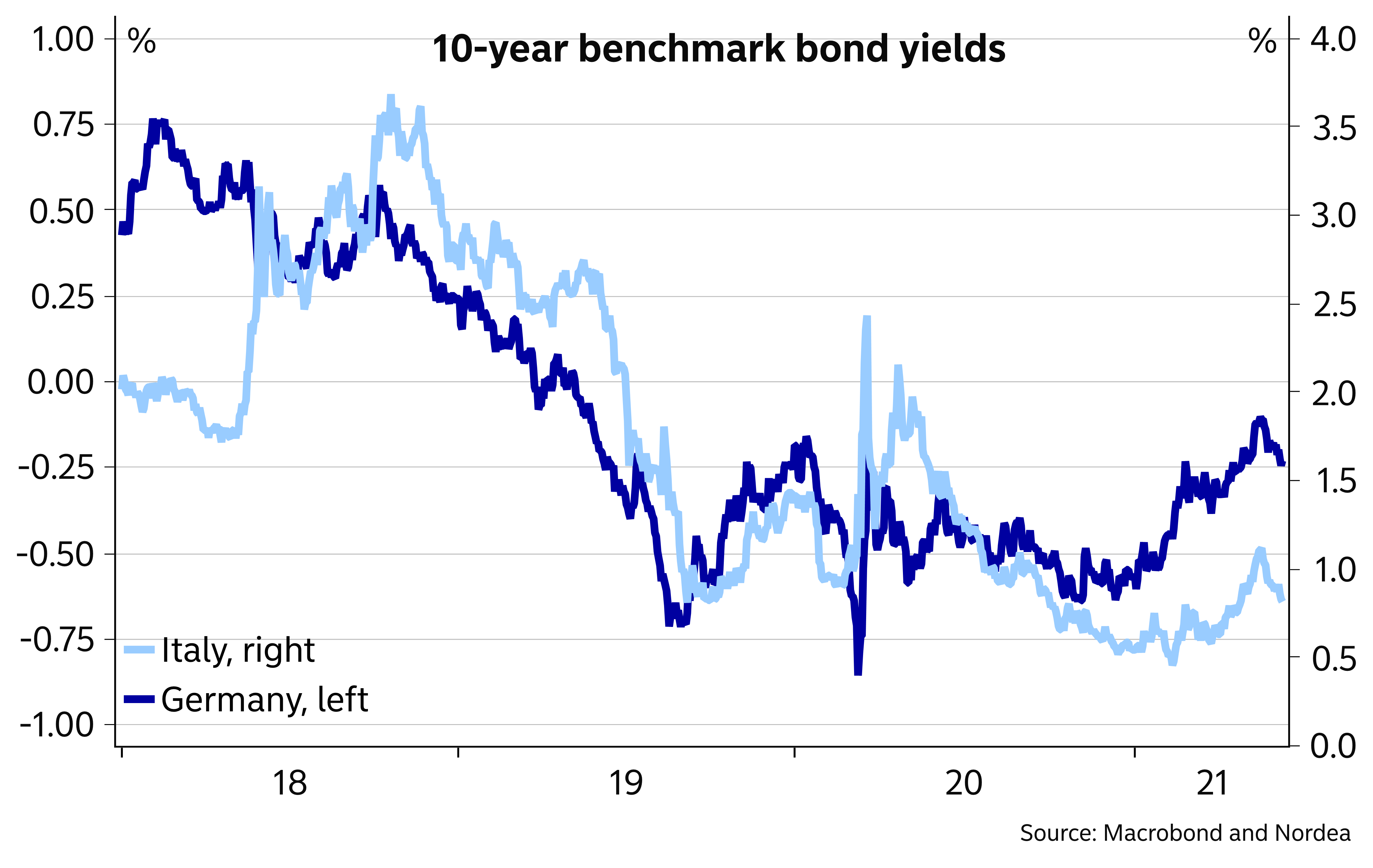 Macro projections: more optimism but not much more inflation

According to Lagarde, many indicators, including the survey-based PMIs, look stronger now than earlier on and the Euro-area economic outlook has improved. The improvement is partly due to the robust pace of vaccinations, which has increased optimism especially among service-sector companies.

The better outlook was also reflected in the ECB staff projections, which were revised up slightly more than we expected. In particular, GDP projections were raised for 2021 and 2022 to 4.6% and 4.7%, respectively. At the same time, risks around the outlook were seen as broadly balanced.

However, just as expected, the ECB sees most of the acceleration in inflation to be due to energy and a couple of other temporary reasons, while the overall inflationary outlook continues to be weak.

The upward revisions to core inflation were small and for example in 2023, core inflation is seen at only 1.4% (slightly up from 1.3% in the March projections).

According to Lagarde, there have recently been some positive signs in core inflation, but for example the service-sector inflation continues to be slow, probably due to the large amount of slack in the economy. She also emphasised the importance of domestic factors behind wider inflation dynamics, when journalists asked about the differences in the inflation outlook in the US and Euro area. 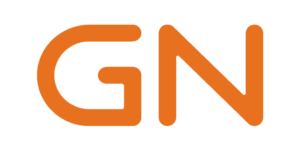