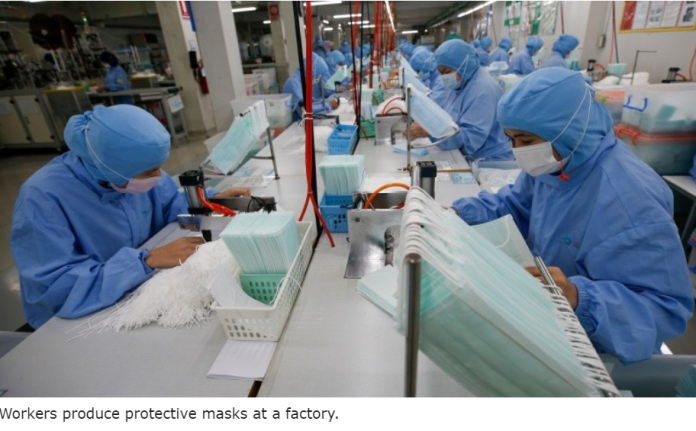 We bring you our Daily Corona update with statistics from around the globe. Hopes are rising that Europe will have seen the worst of Corona by late April, but what happens when the economies start re-opening?

The peak of Italy’s coronavirus outbreak should be seen within 7-10 days according to the Deputy Health Minister, but all containment measures will be prolonged until after Easter in any case. Neither is a big surprise, but the big question is how a gradual re-opening of the economy will eventually play out. Four relevant questions that we would like to be able to answer i) Will people act as they usually did as soon as politicians sound an “all clear”, ii) do business owners dare take investment opportunities straight away iii) what about cross-border activity and iv) will the virus-spread return with a vengeance either during the fall in a second wave or already once activity is allowed to re-increase, assuming that no cure has been invented before then? All these are big questions that are yet to be answered. In general, we remain very skeptical around a swift return of activity, since it is simply just substantially easier to close an economy than to open it up again.

China’s slow move towards reopening the economy fully again should serve as a warning signal for European growth forecasters as well, since e.g. passenger data from China’s metro-systems reveals that it may take longer time than anticipated initially to allow e.g. public transport to run at full capacity. Also, box office revenues are essentially still running at 0%, even though the economy has partly re-opened again. Bear in mind that this is data from a more material or widespread lock-down case than the European dittos. The lesson from China probably is that it is very optimistic to expect everything to be back up and running 6-8 weeks after the initial lock-down.

Chart 1: Chinas metros are not half full yet, while Box offices are still running at 0 While Italian data has started to support the narrative that the peak is behind with continuously lower daily case growth rates and importantly also slowing growth in cases in need of a ICU, it is probably not likely that Italy will be able to more than just very gradually return to normal sometime towards the latter part of April.

Case, fatality and ICU data in Belgium, Netherlands and France remain at more aggressive growth rates, why such countries lag the Italian case. Still high growth rates in both fatal cases and cases with ICU needs in the US, remind us that USA is behind the European curve. The good news in Italy is that the struggling Lombardia-region has seen a material drop in growth rates for cases needing intensive medical care over the past 4-6 days. This is a sign that also fatalities will start to wane (fast) over the coming week. A piece of really good news! In the not so good news from Italy, there are some other regions where the development probably lags that of Lombardia by 5-7 days. One of those could be the Campania-region with Naples as the biggest metropolis. This also means that intra-regional travel restrictions may well remain in place for even longer in Italy.

Chart 3: Campania not yet on as good a path as Lombardia

Even though the current daily figures from Spain remain sad reading, it is still a conciliatory signal that the nominal growth in intensive care cases has been slowing in recent days. This should also mean that the amount of daily fatal cases will start to drift lower over the next 5 days. Another piece of good news as Spain looks to be very close to the peak of its epidemic, for now at least. Sweden saw a big surge in the amount of fatal cases yesterday of roughly 30% to 146. Sweden and Denmark hold relatively similar developments in fatal cases that seems to lag the Italian case by roughly 17-20 days. Hopefully the curves will wane faster that Italy’s ditto, but the best guess is probably that the curve will not peak until some time shortly after Easter. That was also the very concrete message in the updated forecast from the Danish Serum Institute yesterday. Both Norway and Finland are on more benign paths so far. Here is the total overview of global corona cases. US remains by far the biggest case globally, while Italy broke above 100,000 confirmed cases yesterday. Spain still holds the most critical cases, but from a momentum perspective we would still argue that the worst case globally is currently US. Belgium is another one to watch on the negative list.