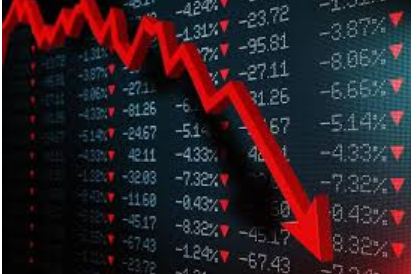 Euro Macro: France’s lockdown extension could see GDP falling by 20% in Q2 – France was the first big eurozone country to extend the economic lockdown, aimed at preventing the spread of the COVID-19 virus, well into May. France’s lockdown is now scheduled to continue until at least 11 May, which is roughly four weeks longer than the original end date of 15 April.

Germany’s current lockdown phase will end on 19 April, with the government expected to announce an extension and/or an exit-strategy this week. Meanwhile, Italy has extended its original lockdown period by three weeks, and according to current plans will remain in lockdown until 3 May. Finally, Spain has recently extended its lockdown to 25 April, from an initially planned end date of 12 April, but it has also allowed workers in some ‘non-essential’ industries, such as construction and parts of manufacturing, to go back to work under a strict set of conditions related to distancing in the work place and protective equipment.

In order to assess the economic impact of the extension of the lockdown on France’s economy (an economy that tends to track the eurozone average economy relatively well) the Banque de France published a detailed report last week. It has calculated the impact of the lockdown in the second half of March on production in the various sectors of France’s economy. It found that during the two weeks of lockdown in March, total weekly production fell by around 32% on average. The parts of the economy that were hit the most are construction (-75%) and services that fall within the broad category wholesale, retail trade, transportation, accommodation and food services (-65%). Within manufacturing, the companies that suffered the most were in the automotive industry and in the sectors metal and machinery and equipment.

Total manufacturing (excluding food and energy production) fell by 48% during a typical lockdown week in March, according to the BdF study. Based on these results, and on the fact that the lockdown had lasted two weeks in March, the BdF estimated that total GDP contracted by roughly around 6% qoq in Q1 (also including some downward impact from the global spreading of the virus, such as weaker tourism, in the first half of March).

Using the methodology of the BdF, we have estimated what the impact of the extension of the lockdowns until 11 May would be, and found that GDP will contract by about 12.5% in Q2 and that annual growth in 2020 would be around -6% (from -4% previously).

However, this calculation assumes that activity immediately bounces back to pre-virus levels after 11 May, which is very unlikely, considering that the lockdown might be phased out gradually and that there will be longer-term negative consequences on domestic spending from the deterioration of the labour market and the tightening of financial conditions.

Therefore, it a much sharper contraction of GDP in Q2 (of around 20% qoq – non-annualised!) seems to be on the cards, which would reduce annual growth in 2020 to around -7.5%. This is in line with the French government’s newly published estimate of -8% for this year.

This is a very grim outlook for the French economy. It must be noted that other major eurozone economies have not extended their lockdowns past April, so the French economic outlook is not necessarily indicative of that of the eurozone. Having said that, the risks to our eurozone GDP forecast for this year (-4.8%) are heavily skewed to the downside.