Guide: Undgå det næste datanedbrud forårsaget af hackere: I en guide gennemgår PwC, hvordan virksomheder kan imødegå hackerangreb, og hvordan de kriminelle typisk angriber virksomhedens følsomme oplysninger: ”If the attackers were financially motivated, they could use the stolen data to fraudulently open new accounts and gain access to existing ones. Once in possession of PII such as social security numbers, driver’s license numbers, and full names, the attackers may attempt to order new credit cards, request new checkbooks, and open new accounts at financial institutions. They may also seek to modify existing account information and gain access to additional PII. PII presents greater risks than details gained from stolen credit card information because while credit cards can be voided, PII is intimately linked to particular individuals and can be used for a wider variety of fraudulent purposes such as those listed below.”

Proxy Advisors ønsker større forståelse for deres arbejde: Internationale proxyfirmaer, der rådgiver store institutionelle investorer om stemmeafgivning på de børsnoterede selskabers generalforsamlinger søger større forståelse for deres arbejde. De har for nylig iværksat en åben konsultation om, hvordan omgivelserne ser på deres arbejde. ” The ‘Best Practice Principles for Shareholder Voting Research and Analysis ’ (“the Principles”) were introduced in 2014. They were developed by the industry to provide a voluntary performance and reporting framework, to promote a greater understanding of its role, and to promote the integrity and efficiency of processes and controls related to the provision of these services and management of any conflicts of interest. The purpose of the current review, as set out in the terms of reference , is to consider whether the Principles and supporting arrangements need to be revised in light of the experience of implementing them, as well as market and regulatory developments since the Principles were introduced.”

Kun hvert fjerde selskab ser klimaændringer som en finansiel risiko: I et nyt globalt survey fra KPMG hedder det, at ”KPMG’s analysts studied the annual financial reports of 4,900 companies worldwide to understand how many acknowledge that climate change poses a financial risk to their business. They found that only 28 percent of these companies currently acknowledge the financial risk of climate change in their annual reports, meaning that almost three quarters (72 percent) do not. Among the world’s 250 largest companies (G250), a higher 48 percent acknowledge the risk, although this global rate conceals some significant differences between countries (…) In 2015, the Financial Stability Board highlighted climate change as a risk to the stability of the global financial system and set up the Task Force on Climate-related Financial Disclosures (TCFD). The Task Force has brought together companies that prepare financial data and users of that data (investors, lenders and insurers) to recommend how companies should disclose the financial risks of climate change. These recommendations focus on the disclosure of physical risks from extreme weather such as storms and droughts, and commercial risks related to the global transition to a lower carbon economy.

Ny UK rapport: Aktionærers engagement skaber merværdi: I ny rapport fra engelske Investment Association fastslås på baggrund af et rundspørge til store investorer, at engagement overfor børsnoterede selskaber skaber værdi. ”Engagement is considered to enhance value. Even though 52 respondents (47 asset owners and five asset managers) outsource, they consider engagement enhances value (77%). Thus 44% of these respondents question managers/external parties about their approach to engagement and 25% include specific criteria in their requests for proposals. Only 10% did not consider engagement a factor in manager selection. That said, only 37% set out their expectations with respect to stewardship in all mandates and a further 16% in at least half. This leaves 31% that do not address it in mandates albeit 23% intend to include it soon or will consider doing so. Most engagement is on executive remuneration but strategy is the most important issue. Strategy is the main issue the 52 respondents considered a priority for engagement. However, most actual engagement is around executive remuneration. This is similar to when engagement is conducted inhouse.” 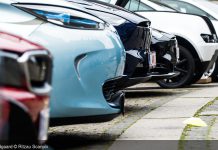 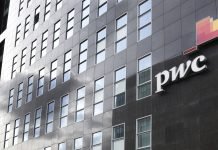 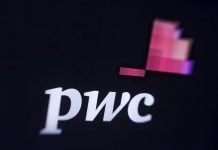