I en analyse skriver Nasdaq, at ”activists were bearish towards European companies over 2016, amid political uncertainties in the region and the rally of the US stocks, which has attracted the attention and capital of the investment community. However, since the beginning of the year Activist investment is up by 5.8%, mostly as a result of increased activity from US-based firms. As Nasdaq Corporate Solutions have observed, US Activists, which represent more than 70% of Activist investors in this analysis, increased their holdings in European companies by 19% since the beginning of the year, dominating the buying activity. According to Dan Romito, the Global Head of Investor Analytics at Nasdaq Corporate Solutions, Europe has not only transformed from a region of political uncertainty to a stable one, increasing the attractiveness for potential Activist campaigns, but also some European companies may not be prepared for Activist activities in the same way as American companies generally are. “Corporates in the US have become more sophisticated in identifying and preemptively preparing for activism and the overall framework in the US has allowed corporates to catch up with an activist’s sophistication.”

“The European Commission has launched a consultation to gain views on how asset managers and institutional investors could include environmental, social and governance factors when taking decisions. The consultation follows up on one of the eight early recommendations delivered by the High-Level Expert Group on Sustainable Finance which published its interim report in July 2017. The group recommended that there should be better disclosure from financial institutions and companies on how sustainability is factored into decision-making. The Commission added that this work formed part of its efforts to mobilise private capital towards green and sustainable investments to enable the transition to a low-carbon economy and shows the EU’s strong commitment to mitigating risks posed by climate change and environmental challenges. The consultation, the Commission said, also underlined the EU’s commitment to the Paris Climate Agreement and the UN 2030 Agenda for Sustainable Development .” An Action Plan on sustainable finance is due to be adopted by the Commission in the first quarter of 2018. The public consultation is open until 28th January 2018.”

I en statusgennemgang af generalforsamlingssæsonen 2017 skriver VP Securities: “2017 was the year when listed companies seriously began to digitise the Annual General Meeting (AGM) process previously approved. Amendments to articles of association were activated, and notices convening AGMs and admission cards were delivered electronically. This ensured a high degree of supply reliability at a time when the traditional delivery types no longer fulfil todays standards. This development is expected to continue and thereby support investors’ and the listed companies’ wish for increased active ownership. More extensive digitisation is the key to increased active ownership that makes it simple and straightforward to exert influence, irrespective of the nationality of the investor and the size of the investment.”

“Most UK FTSE 50 companies have yet to fully embrace new government regulation that requires large businesses to publish an annual UK tax strategy, according to a recent report by the Fair Tax Mark and the Local Authority Pension Fund Forum. The research found that just a third (34%, or 17) of FTSE 50 companies had published a tax strategy resembling that required by the new law online by 30th June 2017. Among those that did report disclosure of the level of tax risk that the business was prepared to accept was frequently absent as well as clarity on tax planning motives. The Fair Tax Mark added that nearly every business failed to comment on how they work with HMRC on interpreting the law. The analysis of how the top 50 companies of the FTSE 100 have responded to the new requirement also assessed the degree to which companies provided clarity on other best practice indicators: their approach to (and use of) tax havens; the provision of public country-by-country reporting of economic activity and the degree to which the tax strategy covered global operations.” 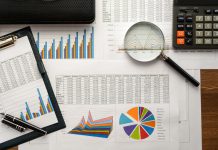