Karen Frøsig: These are my five most important management experiences 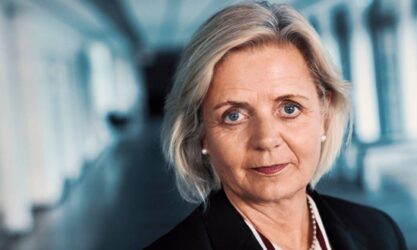 Karen Frøsig has been CEO of Sydbank for two decades, and thus she is not only one of the few women at the top of the Danish business community. She has also shown a unique durability in a challenging industry that only a few other female top executives have been able to match. Read about her recipe – about the five most important management experiences told to our editor of management subjects, Peder Bjerge.

If there is one thing that recurs in this series of interviews with CEOs in the largest Danish companies, it is the importance of being yourself. While one can read a lot in the dozens of management books that are published each year, for many management is first and foremost a result of one’s personality and experiences.
This also applies to Sydbank’s CEO, Karen Frøsig, who first points out the importance of finding her own way of being a leader.

1. Find your own style of leadership
“I always get performance anxiety from situations like this one, because it sounds like you have to be so very smart about being a great leader. And there may be others who are better at that than me. But when I have to look back today on what matters the most, it has to be that I have found my own style of leadership.

Every time I took a step forward in my career, I thought about things and started looking high and low for knowledge from the great oracles in leadership.

But today I have come to the conclusion that I have to stick to my own style of leadership because this is the only thing that works for me. Every year there is a new revelation in general management about how you have to do first one thing, then the other. Now I have gradually gained so much experience that I have to stick to being the leader I really am. And then you have to keep in mind that being a leader is actually very personal. If I can’t be a part of it myself, it doesn’t work for me.

Although I have read many management books over the years, it has become much fewer in recent years. I am certainly not saying that there has not been something good in some of the books. Of course there has. And of course I have, perhaps without being aware if it, cherry-picked from some of them.

In reality, like with so many other things, it is all about maturing. And then, if you ask what my style is, my first instinct is that you should ask others about that. But I’m probably direct and straightforward in my style of leadership. That point leads on to my second point, which is that one’s leadership must be clear and distinct. “

Over time I have learned some management skills by implementing various types of employee or management development interviews. And I do that, of course, because it’s really good to have a few hours to talk things through. But when I’m dissatisfied with something, I would never consider writing it down on a pad, and then speak about it seven months later. I believe more in simply saying: You know what, Peder, I don’t think that was good idea. Or, that was really good. ”

Is it a bit like training a dog; it has to know here and now that it has done something bad or good?

“That was the image inside my head, but I chose not to tell you that. But when I do it like that, it’s not only because it works the best. But also because I think that no matter where we are in the organization, we probably all would like to go home with a clarity on whether we are on the right path or not. And I think we should all do each other the favour of saying things directly.

To me, the direct approach is neither unpleasant nor ugly, but if you do something for me, then don’t you want to know directly whether it was good or bad? If you say it the right way, it can be just as motivating to do it even better tomorrow. Some of the most expensive leadership courses are, in fact, learning from one’s own mistakes. At least with my closest leaders, I simply can’t imagine the mistake I cannot live with or forgive. The only thing I can’t tolerate is if you try to hide it from me. “

3. Form your team
“One of the most important things I have learned through my career as a leader is the ability to put my team together. If you are not able to form your team right, it is really difficult to succeed. I know this has been said many times, but it’s really important to get a team of leaders to work with you. You must be able to rely 100% on your leadership team professionally and have a good interaction with them.

Ultimately, it’s about how you put the organization together so you get the right leaders in the right positions. I don’t think it is about getting the one who is professionally the best. It’s about getting the best one for me as CEO. Of course, competencies must be good, but it also has to be people I can have a good and trusting collaboration with in everyday life. At the same time, they also have to be people who at times are willing to perform more than they themselves know they can.

To put it in a metaphor: It’s a bit like getting married. Of course he has to be good looking, but you also have to like him. And you can’t put that on formula either. But it is something with every day having the goal of making each other better through the way you interact with each other. Many people probably have the will to do it, but they also have to have the ability to do it. ”

4. Know the DNA of the company
“You could say that it is obvious because I have been here for so many years. But for me, it is important to know the DNA of Sydbank. I know exactly what kind of company I am dealing with. I can only drive it forward, if I am in harmony with the DNA of the company. Many say that culture eats strategy for breakfast, which I also believe in myself. Precisely for this reason, one must be aware of whether one’s DNA fits with the company. Otherwise, one has to find another place to go.

Over time, of course, one can help to influence the culture. But I usually say when I discuss this here in Sydbank that the bank’s culture is not so stupid that it doesn’t change over time. It changes with the world it is a part of.

At one point, around the financial crisis, it was quite difficult to run a bank. At that time, we started a project where we decided to create Sydbank’s basic story. It had to not be very long, so we all were able to learn it and remember it. The idea was to build on the bank’s culture in a difficult time. Those values should, among other things, make it easier for people to make decisions even if they were a bit insecure. Culture is important, but one must keep in mind that it is vibrant and dynamic. A crisis like the one in 2008-2009 can move a culture, but it cannot change it fundamentally.

5. Resilience
“Maybe that’s not a management competence. But for me it is the foundation of many things. If someone asks me what the most important thing is for me as a leader, in addition to everything else I’ve mentioned, it’s what I want to summarize in the word ‘resilience’.

You may well ask what kind of competence is resilience. The answer is that it is something you need to have inside yourself as a leader. If you don’t have a core of resilience, it is difficult to be a leader. Then I simply think the price is too high.

Moreover, I have also sometimes, really primitively, occupied my frontal lobes with something else. If you think something is really bad, dealing with something completely different for just 10 minutes can give you the break you need to move on. Just like sleeping on it can make the problems that were insurmountable at three o’clock at night seem more like we-can-probably-do-that-too. It can be something as simple as playing solitaire on the phone that gives me that break to move on. It’s not very academic, but it works.

When you are the CEO, it is ultimately your responsibility. It is, too, even if it is not your fault. Now, I am in a sector that is surrounded by a lot of attention, and is not always mentioned in the nicest of ways. One must be able to imagine oneself under a headline that one does not even think fits. Here, resilience is important for you to be able to endure it. I am not talking about the situation of standing at a general meeting. I am talking about the things that can hit you in the head without warning. Here it is important to be resilient. You can train that, but there also needs to be some soil in which it can grow. ” 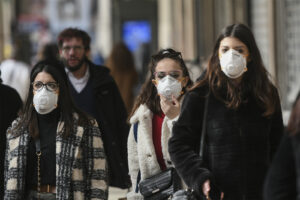 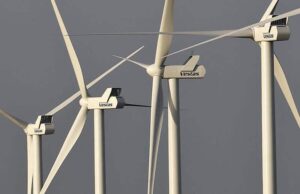 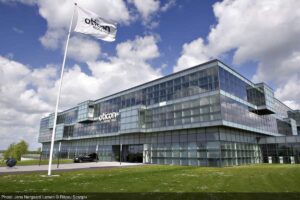 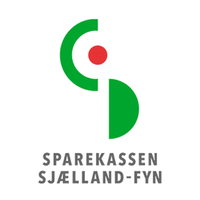