Danish investors to vote on systemic racism in the US

Activist shareholders in the largest US companies intend to make 435 ESG-related proposals at the general meetings to be held in the coming months. This is slightly less than last year, but on the other hand, the number of proposals to combat systemic racism has increased significantly. This is especially true in the large American banks, where Danish institutional investors have massive equity investments.

The American general meeting season has begun, and in several places active shareholders have made proposals about the companies’ influence on systemic racism in the United States. The proposals are made, among other things, as a result of the Black Lives Matter movement, which has managed to put systemic racism in the United States on the agenda.

This is now reflected in a growing number of shareholder proposals at the general meetings of the largest US companies. The racism debate plays a role in a number of American companies, which means that the vast majority of Danish institutional investors will be confronted with the issues and must actively take a stand on systemic racism – and many other ESG-related proposals.

These proposals cover several different aspects of systemic racism. In addition, there is under-representation of coloured members of the Executive Board and the Board of Directors and the establishment of a so-called ‘Racial Justice Scorecard’ in the companies.

Most notable, however, is a shareholder proposal for a brand new initiative in several major U.S. banks. At a total of seven US banks’ general meetings, the unions Change to Win and Service Employees International Union (SEIU) have put forward proposals for so-called “racial equity audits”.

Banks are therefore encouraged to state how their activities and product offerings affect structural racism – including what the banks are doing to combat the consequences.

The proposal will be presented at the general meetings of Bank of America, BlackRock, Citigroup, Goldman Sachs, JPMorgan Chase, Morgan Stanley, State Street, and Wells Fargo. These are all American banks that Danish institutional investors find attractive to invest in, and where as a result they are strongly represented.

For example, Danica Pension has equity investments in Bank of America for almost USD 110 million, and PFA has invested more than USD 165 million in Citigroup.

The American banks, together with the large American tech companies, are among the most popular shares among Danish large investors. And it is among these companies that investors have their largest exposures.

The proposals to combat systemic racism are provided with descriptions that show more specifically what activities the banks’ boards must relate to and report on, as well as what negative effects the banks’ actions have on persons of colour.

For example, the proposal at Bank of America shows that the bank has provided fewer loans to minorities in Philadelphia and closed more branches in communities where black people are more represented, compared to other geographic locations.

This gives blacks and persons of colour fewer economic opportunities and shows how structural racism materializes in the statistics. The banks are not accused of being racist, but the banks are required to report on how decisions manifest themselves to different population groups.

Other concrete events are also included in the argumentation for the proposals. This includes the setting of bank charges that have major consequences and compromise the economic opportunities of some population groups, as well as police procurement processes and the financing of surveillance equipment that particularly affects communities where black people are overrepresented.

Over the next few months, Financial Weekly will keep an eye on how Danish investors relate to the many proposals. 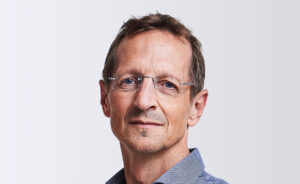 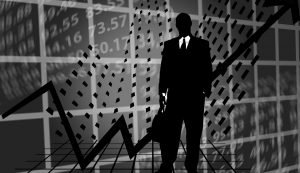